How to Iron Out Inconsistencies within Your Treasury Department

Want to know the number one threat to the health of your organisation?

Yes, that’s right. When it comes to all kinds of potential threats, from online security to compliance, it’s less the hackers, thieves or cheats you have to worry about than the little accidents and mistakes that we all make from time to time.

Nowhere is this more the case than in treasury. Here, you’re dealing with enormous volumes of data, numbers and calculations every day, and that multiplies the potential for small errors no end.

Especially, of course, when you’re working with complex financial instruments, investment models and the movement of cash between different departments and subsidiaries. When you have a ton of moving parts that all rely on each other, a tiny slip up in a calculation can end up causing chaos all along the chain.

While you’d never dream of automating decision-making duties, if you really want to wipe out these kind of mistakes, it makes sense to automate the parts of your job that are strictly mathematical.

The thing is, though, it’s not even the tricky formulas that actually invite the most mistakes. Those kind of calculations take concentration and skill, so you have to be focused on what you’re doing. The areas that tend to see the most problems are the ones where you switch off half way through and go into autopilot mode. Things like basic data entry, or having to copy across information into different systems.

And then there is the huge problem of duplicated effort and conflicting versions of documents.

These aren’t the result of errors as such, because the individuals entering the data, working out the figures and updating their documents are doing so correctly based on the numbers they’ve been given. The problem is, the information they’re working with isn’t entirely up-to-date.

This might mean that two people in different departments or even the same team end up doing the same work twice. Or that you have to waste time reconciling conflicting versions of documents saved in different locations, figuring out which one contains the most recent edits and figures. Things that kill your productivity or frustrate your team, but aren’t a disaster.

But it could be so much worse than this.

It could mean finding out that swathes of work, including detailed cash flow forecasts, are completely wrong and have to be thrown out and started all over again. It could mean that you give financial advice to your CEO or CFO based on numbers or projections that turn out to be out of date – or you’re caught out in a meeting with your boss or an investment analyst when you can’t whip out reliable figures on the spot.

These aren’t issues that reflect on the abilities of you or your colleagues and treasury. They are simply problems that arise when you have a large organisation using a number of overlapping systems and processes that lack cohesion.

But picking through endless paperwork or spreadsheets isn’t the best use of your time. To be as valuable as you can be to your company, you need to focus on solving deep-level, strategy-based problems that require insight and analysis. Not painstakingly copying and pasting information from one place to another, manually checking for treasury inconsistencies.

No doubt you’re spotting a pattern by now.

The key is to find a universal solution for your organisation that will streamline your operations, highlighting any discrepancies along the way. You need a system that runs many of your computations for you, flagging up potential problems.

Crucially, you need a system that is designed to minimise the potential for human error while helping you to identify the kind of bigger, overarching issues and operational weaknesses that only someone with your skill set will be able to solve.

It is, as Dimos Dimitriadis eloquently explains, a case of turning a ‘practice’ into an ‘art’:

“The age-old ‘practice’ of data keying, manual processing, printing, checking and re-keying has the potential to be elevated to the ‘art’ of automating processes, monitoring interfaces, and engaging in value added activities only by implementing and using smart systems.”

Technologically speaking, this is where a top-end TMS comes in.

Technological solutions like these automatically reconcile the varying processes and financial records used by different teams, ensuring that you are always able to view the latest information. This vastly improves visibility over your cash flow, ironing out inconsistencies, reducing the chance of going overdrawn or running into technical defaults, and generally eliminating any nasty surprises on the horizon.

The great thing about a TMS is that you have a “single version of truth” that puts your mind at rest.

Everyone who needs access to the most up-to-date information can have it, uninterrupted, at any time, via any device.

And let’s be honest, in any company, people are concerned about putting themselves in the firing line. They’re worried they’ll have to take the heat for problems that weren’t their fault, and frightened of taking risks/trying out new systems which mean they’ll make mistakes that come back to bite them.

The beauty of using a TMS is not only that the risk of errors, conflicts or inconsistencies is greatly reduced, it also means you can “pass the buck” to the technology if you have to. If you explain to your team that this will shift responsibility away from them for the kind of mistakes no one wants to be responsible for, it will make it much easier to get people to adopt the new tech faster, and means you all spend more time and energy on doing a great job and less on covering your backs.

What’s more, because it’s easier to communicate between teams and departments, you can begin to collaborate far more efficiently and effectively on cross-organisational projects, boosting productivity and making it easier to roll out new ideas and strategies across the board. It also makes it much easier to train up new recruits, helping you to grow your team faster without worrying that they’ll mess up and drop you in hot water by making errors as they learn.

Meanwhile, you can stop sweating the small stuff that, frankly, is below your pay grade.

Instead, you can really hone in on what your organisation needs from treasury and how you can contribute to growth. You don’t have to get bogged down in detail: you can start thinking big.

Want to learn more about sharpening up your treasury operations with a top TMS? Click here to download your FREE eBook, How to Choose a TMS that Will Supercharge Your Growth. 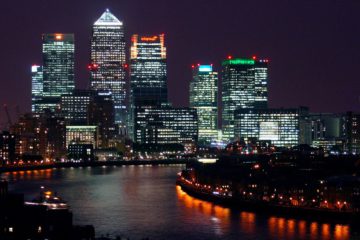 Looking at a future with SONIA

There has been a lot of noise surrounding the SONIA/LIBOR transition, what it will look like and how we can best move from relying on LIBOR’s forward-looking rates. Loan markets are in need of the Read more… 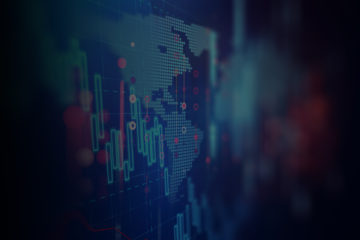 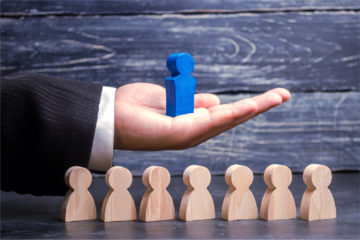 CS Lucas is growing its global presence by new appointments and relocation of staff. The company is strengthening its resources to support further rollouts in Europe, North America and across the Asia Pacific. CS Lucas Read more…

CS Lucas uses cookies to enhance your experience, to display customised content in accordance with your browser settings, and to help us better understand how you use our website. By continuing to browse or closing this banner, you indicate your agreement. To learn more about the cookies and how to opt out, please see our Cookies Policy.Ok